Marsha Sewell, ASID. of Marsha Sewell and Associates has been in the interior design field since 1971. She began her career at the firm of Teetzel Company in Grosse Point, Michigan as a residential designer. In 1974 she relocated to San Diego and continued to work with various firms until August of 1977 when Marsha Sewell and Associates was established in La Jolla. Ms. Sewell’s scope of services includes residential design and remodeling; as well as all phases of commercial design.

In October of 1980, she was awarded the First AIA/ASID Orchid Award of Excellence in Interior Design for the renovation of the San Diego Civic Theater. This project had a $800,000 budget which took two years of preplanning and was executed in 52 days. The Grand Salon was redone and renamed for Beverly Sills. The project was featured in Designer’s West Magazine, November, 1981.

In 1986, she was added to the prestigious Countrywide Guide to Designers in House Beautiful Magazine.

More design awards have been captured since 1990 – The IESNA Lighting Award in 1991 and San Diego Home and Garden Home of the Year Award in 1990.

In 1991, she was asked to be a charter member of the Advisory Board of Directors for the University of California, San Diego Extension’s new Interior Design Program. In 1993, she became Chairman of the Board.

Aemesco, Inc., the Parent Corporation, named her husband Mike Shea as Vice-President and General Contractor in 1991 to oversee the contracting division of the business.

The two corporate officers purchased, in July, 1991, The Yuma Building – an historical landmark in the Gaslamp District. The lower level is the new Corporate Headquarters and the upper two floors have been restored and are the home of the corporate officers. The restoration was completed in October, 1992.

Since that time, the project has received publicity in San Diego Home/Garden,
the San Diego Union Tribune, the San Diego Daily Transcript, was featured in the May, 1993 issue of San Diego Magazine, and was shown on the “Ross Report” on Channel 7 in February, 1994. Fall 1999 Better Homes & Gardens’ Kitchen & Bath Ideas featured the kitchen in a six-page article.

Because of their work with the Gaslamp Quarter Foundation, Marsha and Mike were named two of the “San Diegans Who Will Make a Difference in 1994″, as seen in the January issue of San Diego Magazine.

Due to its historic nature and re-design, many charitable organizations have used this residence as a forum for fund-raising. Some of these organizations are: Gaslamp Quarter Foundation; Mainly Mozart Festival; Friends of UCSD Library; Design Institute; the Museum of Photographic Arts; Patrons of the Prado; and ASID Student Chapter of SDSU.

In the fall of 1995, the Willard Scott Show filmed the Yuma Building for its cable T.V. program. In October 1999 it was featured on the Lynette Jennings, Design television program on the Discovery channel.

The 1997 ASID Showcase House project involved renovating an industrial loft which was featured on the Kitty Bartholomew: You’re Home television show which aired on the Home Garden TV Network in January, 1998.

In 1999, Millennium 3 LLC was formed to develop a 5000 square foot lot on Cortez Hill into four for-sale townhouses, which were completed and sold in 2001. During this project, in August 2001, Mike Shea passed away.

Recent development efforts were focused on the historic renovation and restoration of the Ginty House (circa 1886) at Ninth and Cedar into a 5000 square foot single family residence. In May of 2003, Marsha Sewell took occupancy of this grand manor, which has hosted an Old Globe Theatre reception for Tony winner Jack O’Brien and a special presentation for the National Conference of NCIDQ (National Council for Interior Design Qualification). It also won the San Diego Home/ Garden award for Bath of the Year, 2005, Best Detail and the Historical Resources Board Award of Excellence for Historic Preservation, Category Architecture. 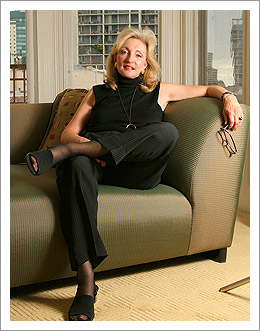